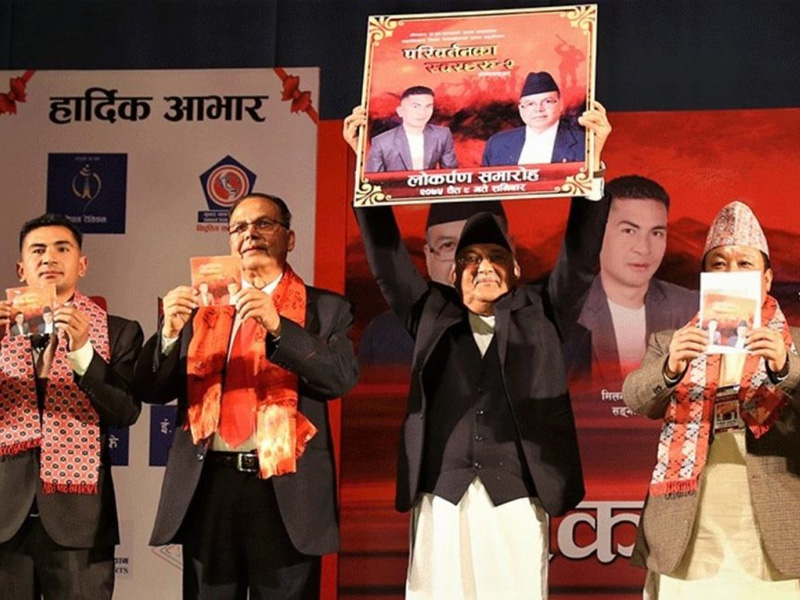 Speaking at the occasion, PM Oli said that the lyrics in the album were filled with patriotic feelings & aspirations and had progressive tones. #NepalMusic

Politician and lyricist Khanal said that he was inspired to compose lyrics that supported Nepal’s efforts towards prosperity.

Oli added that Khanal’s involvement in creative works, other than politics, serves as inspiration to others also.

Senior leaders including Madhav Nepal and several other dignitaries were present at the occasion.

On the sidelines of the event, PM Oli said that Nepal’s development activities are picking up momentum.

“The new developmental projects are being inaugurated daily, indicating the pace of development,” said PM Oli.