Festival of South Asian Documentaries During November in Lalitpur 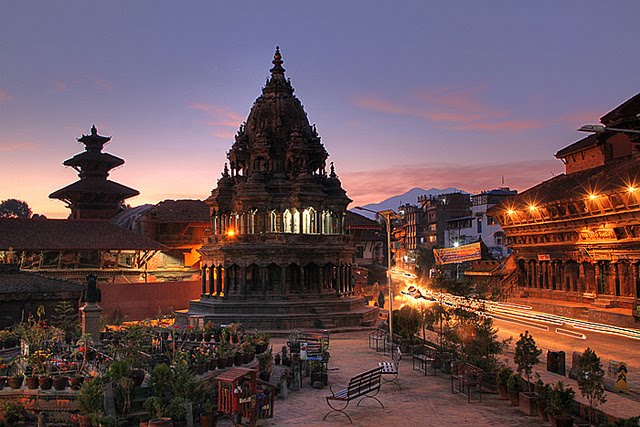 The 11th edition of the biennial documentary film festival ‘Film Southasia’ is scheduled to be held from November 2, 2017 at Lalitpur. The four-day FSA’17 event, with the theme ‘Documentary Bears Witness’, will showcase 63 documentaries from the eight SAARC countries, and Myanmar.

The festival, in its 20th year of existence, will screen 45 films in the competitive section which will vie for the Ram Bahadur Trophy for the Best Film with a prize money of USD 2000.

The six films from Nepal in the competitive category are ‘Even When I Fall’ by Sky Neal & Kate McLarnon (2017), ‘Satisal In Inferno’ by Pranay Limbu & Damber Krishna Shrestha (2017), ‘Daughters of the Curved Moon’ by Miranda Morton Yap & Sophie Dia Pegrum (2016), ‘Hospital’ by Kesang Tseten (2016), ‘Save Gangamaya’ by Gopal Shivakoti (2016) and Trembling Mountain by Kesang Tseten (2016).

Some of the foreign films competing for the honors include ‘A Delicate Weave’ by Anjali Monteiro & KP Jayasankar (India, 2017), ‘A Girl in the River: The Price of Forgiveness’ by Sharmeen Obain Chinoy (Pakistan, 2015), ‘Afghanistan Night Stories’ by Alka Sadat (Afghanistan, 2016), ‘Burma Storybook’ by Petr Lom & Corinne van Egeraat (Myanmar, 2017), ‘Demons in Paradise’ by Jude Ratnam (Sri Lanka, 2017) and ‘Workers Voice’s by Chaumtoli Huq & Mohammad Romel (Bangladesh, 2015).

‘Split Ends’ by Rajan Kathet of Nepal would be one of the six Student Films at FSA’17 competing for the Best Student Film award of USD 500. Some of the other awards at the fest are the UNICEF award for the Best Film on Children’s issues and the Tareq Masud award for Best Debut Film.

The remaining 12 films will be screened in the special non-competitive section, ‘Documentaries of Dissent’.

In a press release, the festival organizers said, “FSA’17 brings to Nepal the finest documentaries on South Asian subjects produced over the previous two years in a bid to inform, entertain and help promote transformative thinking. The festival also hopes to bring in filmmakers from all over the region and the globe to discuss non-fiction film and promote interaction and mutual understanding in order to strengthen the craft of documentary filmmaking in the region.”

The award winners of FSA’17 will be announced during the concluding day of the festival on November 5.