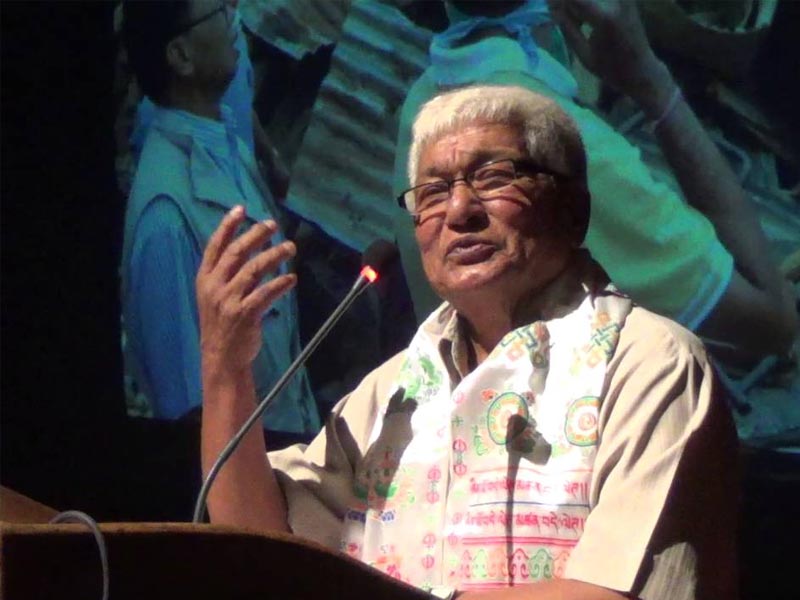 Following are the picture book translations to be featured at Shrestha’s book launch:

The books of Nepal-Bhasa origin have been translated to Nepali, two of which – Dhapla Khyak and Nyau Nyau are also translated to English.

Safu Books Publishers’ Suvani Singh pointed that the main reason behind this launch was to reintroduce these songs that were so popular among the previous generation.

“Some of the poems were made into songs and were radio staples once but now they have slipped from public consciousness. The younger generation does not listen to them anymore while these are important components of the Nepali literature canon,” said Singh.

Even though the books are going to be launched on November 25, 2018, they are already available at Kathmandu’s bookstores and Let’s Read apps e-books.

The launch program will also include actor Madan Krishna Shrestha’s performance and the participation of Modern Newa School’s (a Nepal Bhasa School in Kathmandu) students.

Activities such as mask-making, read-aloud and treasure hunt will be conducted after the launch event.

Shrestha is a lyricist, poet and teacher who has published 16 books including Inquilabya Palasa (1991), Kulikasa (1967), Machabakhancha (1995) and Pija (1967). All these works are Nepal bhasa literature classics. Shrestha’s Chiniyamha Kisicha (1965) is still a Nepal bhasa bestseller.

He wrote lyrics for many popular Nepali songs including Phool ko Ankha Ma.