The temple was reopened in view of the Hindu festival Krishna Janmashtami, the birthday of Lord Krishna
Culture
News 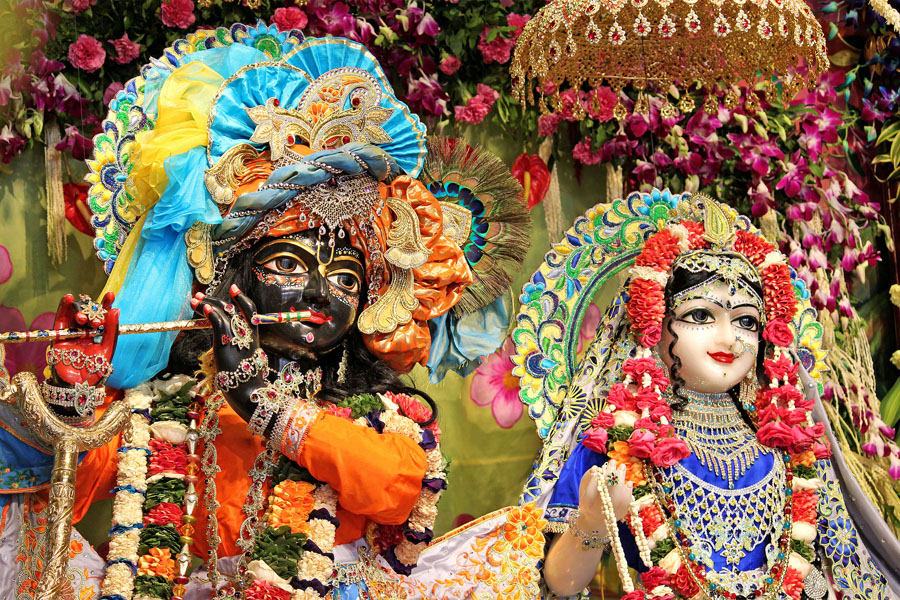 Three years after the earthquake destroyed parts of Nepal’s famous Krishna Mandir, the iconic temple has been fully restored and opened doors to welcome general public on September 2, 2018!

The temple was reopened in view of the Hindu festival Krishna Janmashtami, the birthday of Lord Krishna. Following this, thousands of worshipers visited the 17th century Lord Krishna temple located in Lalitpur. The recently renovated temple is adorned with prayer flags, banners and lights.

The birthday of Lord Krishna, Sri Krishna Janmashtami was celebrated with great devotion by Hindus across Nepal, on September 2, 2018.

This popular Hindu festival is celebrated on the midnight of Bhadrakrishna Astami day according to the lunar calendar.

Every year, during the night, devotees sit together at Krishna Mandir in Patan Durbar Square and worship the deity by chanting the different names of Lord Krishna. They also sing ancient hymns and pray at the statue inside the temple, where they also offer flowers, food and coins.

Elated Devotees:
Devotees expressed joy on being able to enter the temple and resume worship to their most loved deity.

“We are feeling very happy as we are now able to worship by entering the temple after the destruction caused by the earthquake in 2015. But still, there are many monuments to be reconstructed and we want it to be expedited and we hope for its revival,” said Rangaman Malla, a devotee.

Another devotee Bina Magar said, “For the last three years, we had to take a round of the temple without entering. But from this year, we can now enter the temple. Along with the Krishna Temple, I hope that others temple and the monuments also would be expedited.”

Every year people gather in huge crowds to watch the celebrations at this historical place of worship, the oldest of all. 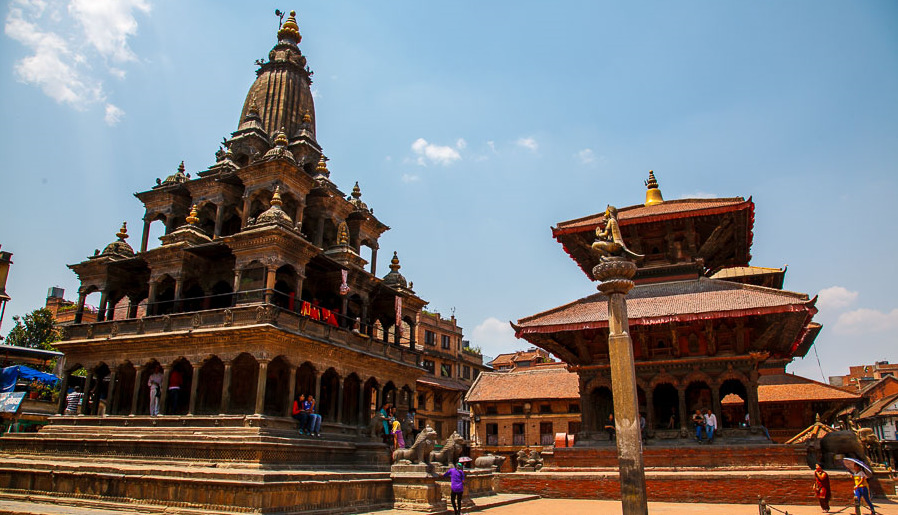 Legend has it that the deity Lord Krishna and his consort Radha appeared to the Malla King in his dream and asked him to build a temple in front of his palace. Following this, the king ordered the famous Krishna Mandir to be built. A replica of the temple is also found inside the courtyard of the royal palace in Patan Durbar Square.

The three-story temple houses Lord Krishna, Radha and Rukmini on each of the floors. Delicate stone carvings of the events from the Mahabharata and Ramayana are found on the beams of the first and second floors.