The scenic beauty of Nepal continues to look untouched, thanks to its culture-loving people
Culture
News
Special Stories
Tourism 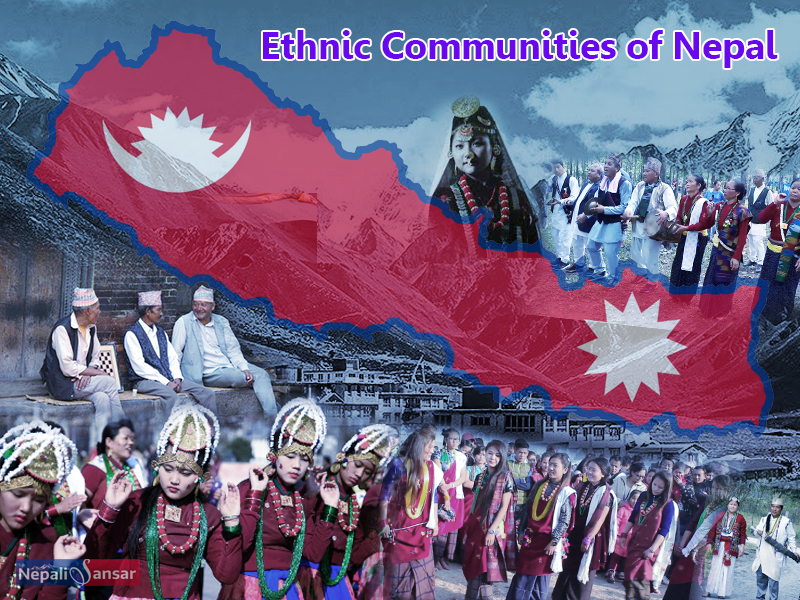 Surrounded by the beautiful Himalayan mountains, decked with greenery and adorned with some of the most transparent rivers, stands the land of Nepal. This scenic beauty continues to look untouched by civilization despite the rapid urbanization, thanks to its culture-loving people.

Yes, Nepal’s people are an important asset to the Himalayan nation’s beauty!

And what is most surprising about Nepalis is despite their striking resemblance, the country is divided into 24 Ethnic Communities! Surprised? Don’t be.. We’ve got more..

Listed below are Nepal’s indigenous communities that have survived the transition of time but have stayed true to their origin:

The indigenous Newaris pride themselves on being one of the oldest ethnic groups in Nepal. They originated from the Kathmandu Valley and its surrounding areas. Newars are descendants of two early civilization races -Indo-Aryan and Tibeti-Burman. They are recognized for their contribution to culture, art, literature, agriculture, trade and cuisine. In today’s context they are regarded as the most economically, socially and politically-developed Nepali community. 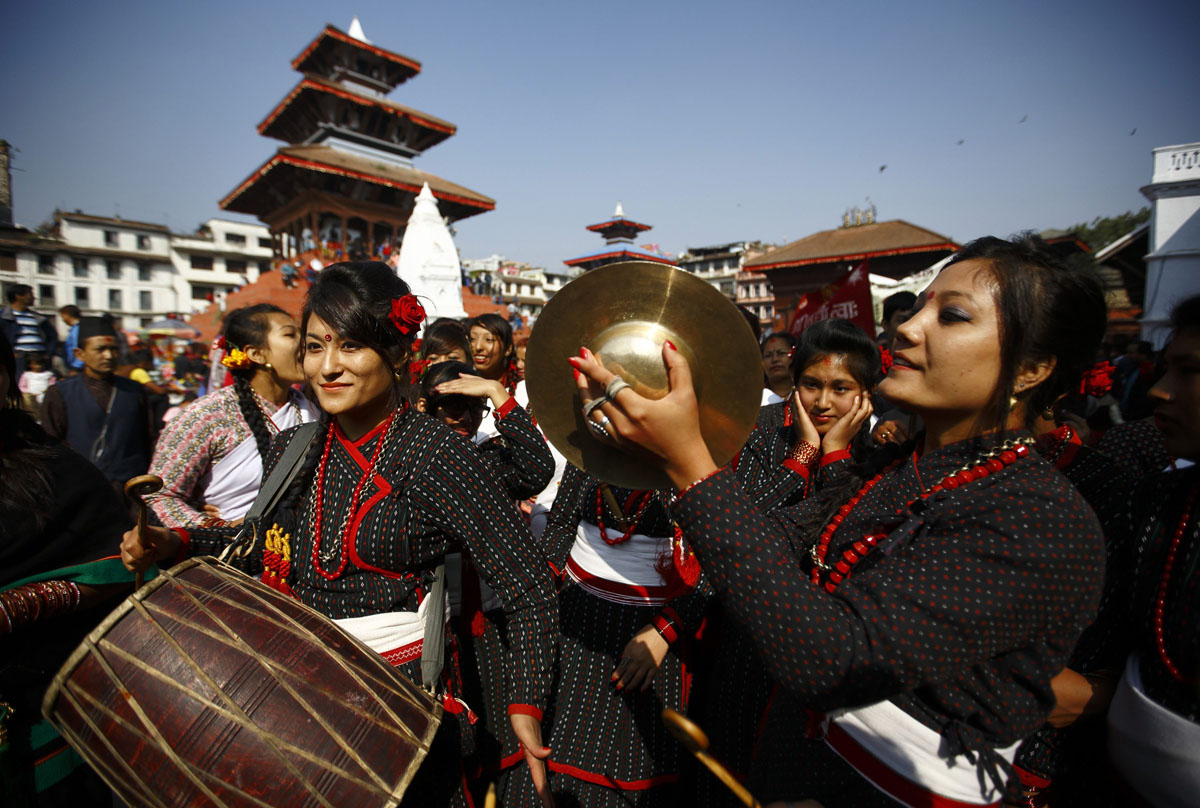 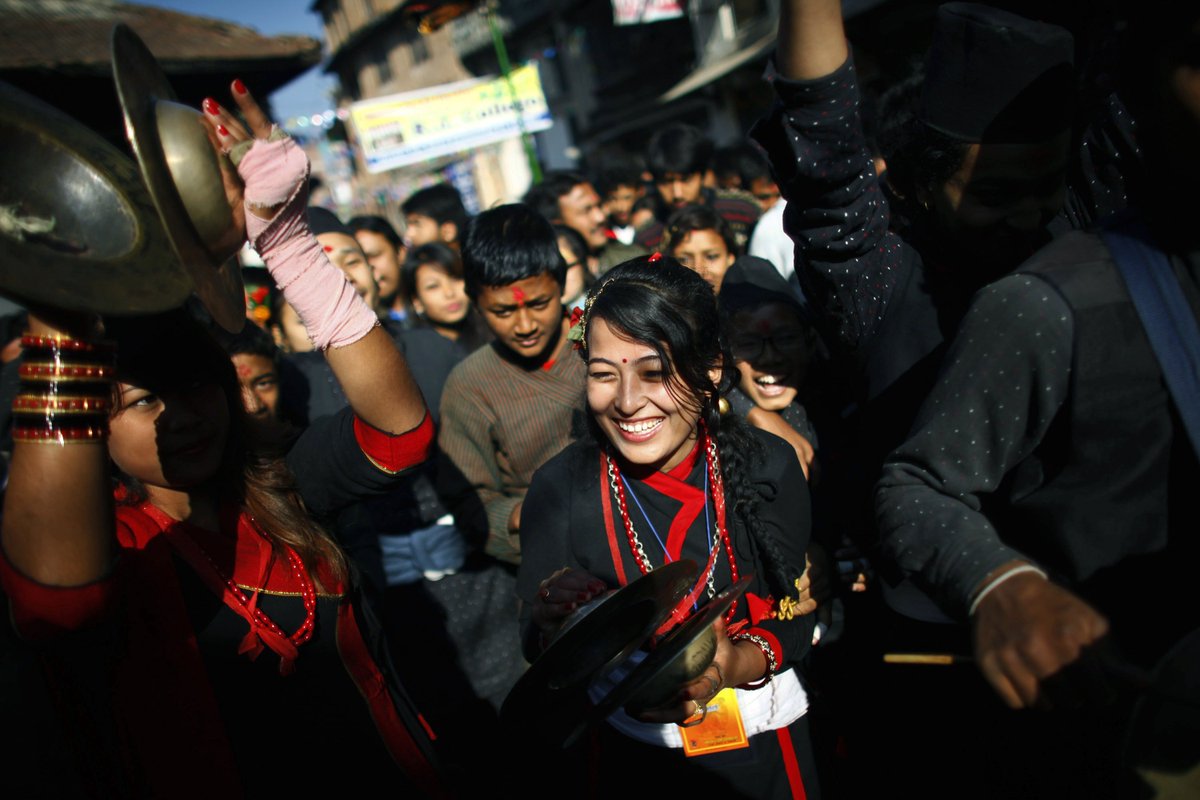 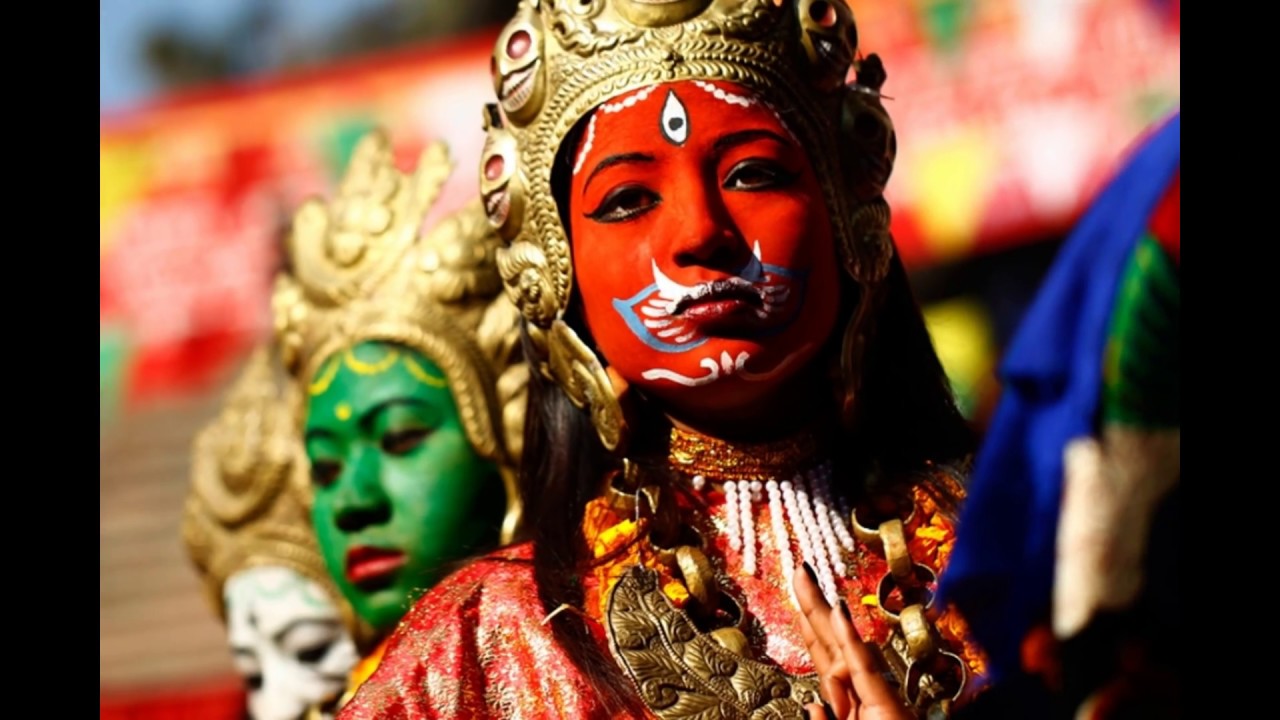 The Raute community is considered as the nomadic race of Nepal and is officially recognized by the Nepal Government. The Raute inhabit the thick hilly forest areas of Nepal including Jagarkot, Surkhet, Kalikot, Salyan, Dailekh, Jumla, Makwanpur and Darchula among others. The make their living from hunting of langur and macaque monkeys and trade handmade wooden bowls and boxes with locals for grains, cloth and iron. Raute are also recognized as Banraja among several other names.

Thakalis are recognized as the trading community of Nepal. They originate from the Thak Kola in Mustang district. Thak-sat-se is the traditional area of the community that lies in the salt trading zone of Tukuche mountain and Kali Gandaki river. The most successful businessmen have emerged from the Thakali community and most of them are owners of hotels & motels. Owing to extensive trade across Nepal, Bhutan, Sikkim and Tibet, they shifted base to Kathmandu, Pokhara and Southern Nepal 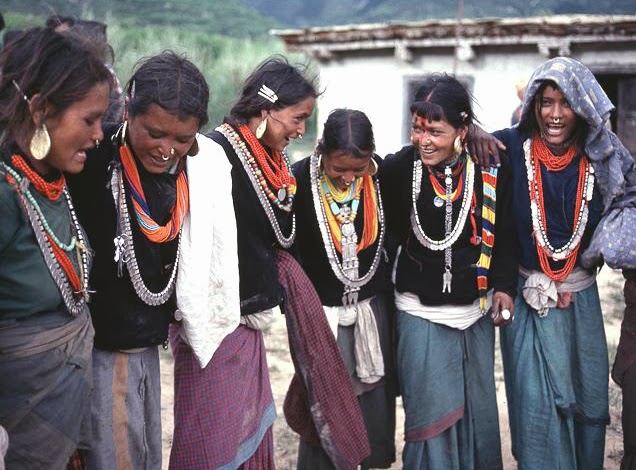 The word Tharu is derived from the sthavir, indicating that the ethnic group follows Theravda Buddhism. Tharus are also spread across the Indian Terrai, Bihar, Uttar Pradesh and Uttarakhand. They are believed to be of Rajput origin who migrated to Nepal from the Thar Desert. However, Tharu people from farther east claim that they are of Sakya and Koliya origin living in Kapilavastu. The community is involved in thatching and making several other items using Babiyo. 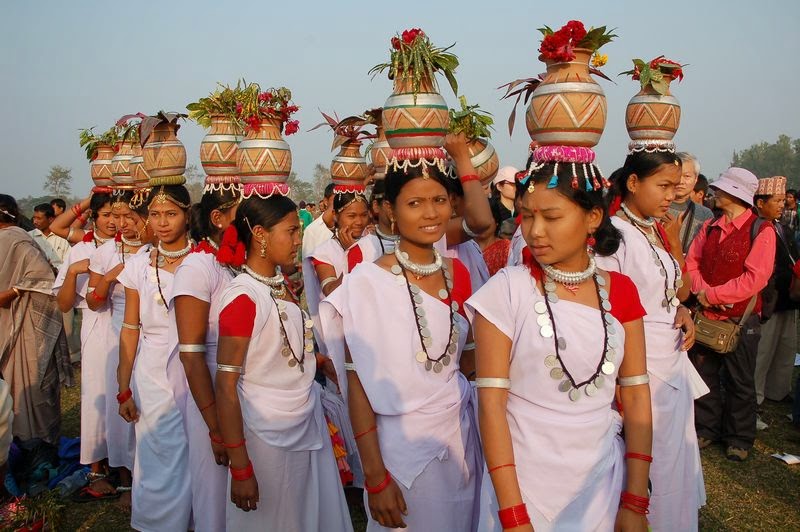 Gurung or Tamus are one of the foremost Gurkha groups and are scattered in different parts of Nepal. They were ruled by a Gurung king until the British empire came to South Asia in the 15h century. From then they began serving the British Army. The Ghyabri, Pachyu and Bon Lamas Gurungs religiously follow the Gurung Dharma. A few Gurungs are believed to be living in India’s Darjeeling, Kolkata and Sikkim states. 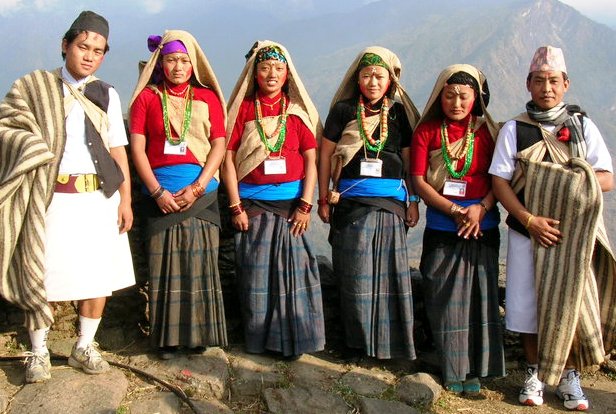 Rajbabanshi inhabit the Indo-Nepal border districts Jhapa, Morang and Sunsari. They are considered as relatives of the Koch people located in West Bengal and Assam. 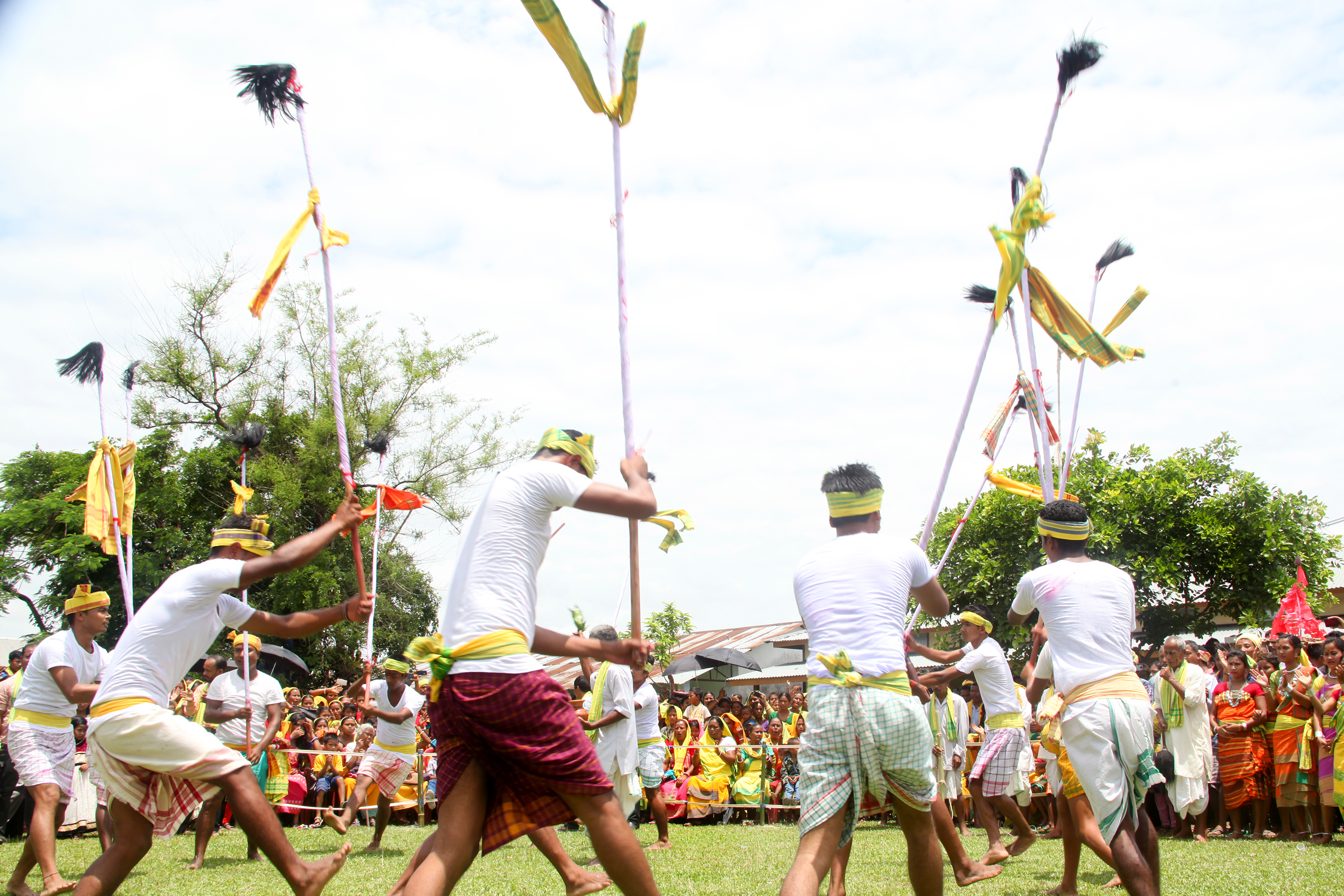 Badi is recognized as the Hill Dalit community of Nepal. The 1854 Nepal Legal Code labelled Badi as the ‘Pani Na Chaine’ impure and untouchable community in Nepal. Ironically, Badi in Sanskrit means  Vadyabadak- one who plays musical instruments. Badi’s existence dates back to the Licchavi dynasty, which is modern India’s Bihar. For decades they have been forced into prostitution to support their families. But with economic progress in Nepal, the scenario is slowly changing. 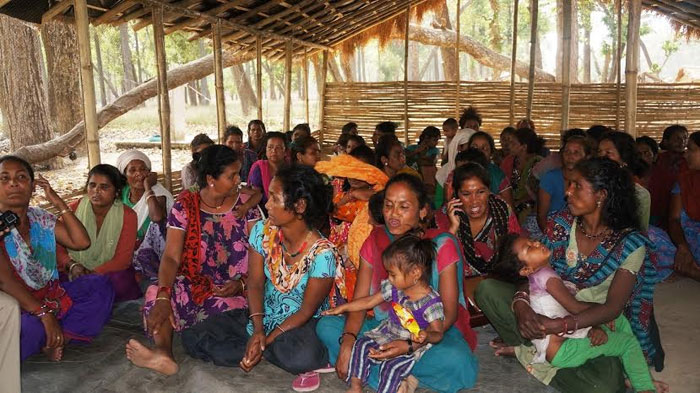 Limbus are originally known as Yakthung, Yakthumba or Yakthungma. According to ancient texts, Yakthungs is a derivation from China and some interpret it as ‘Yaksha winner’. In Limbu, it means ‘Heroes of the Hills’ with reference to the ancient Kiratas. The Limbus were believed to be early inhabitants of Sikkim. Currently, they are mainly found in districts including Dhankuta, Morang, Sunsari, Taplejung,  Jhapa, Ilam, Panchthar, Nakhipot, Kathmandu, Lalitpur and Bhaktapur, among others. 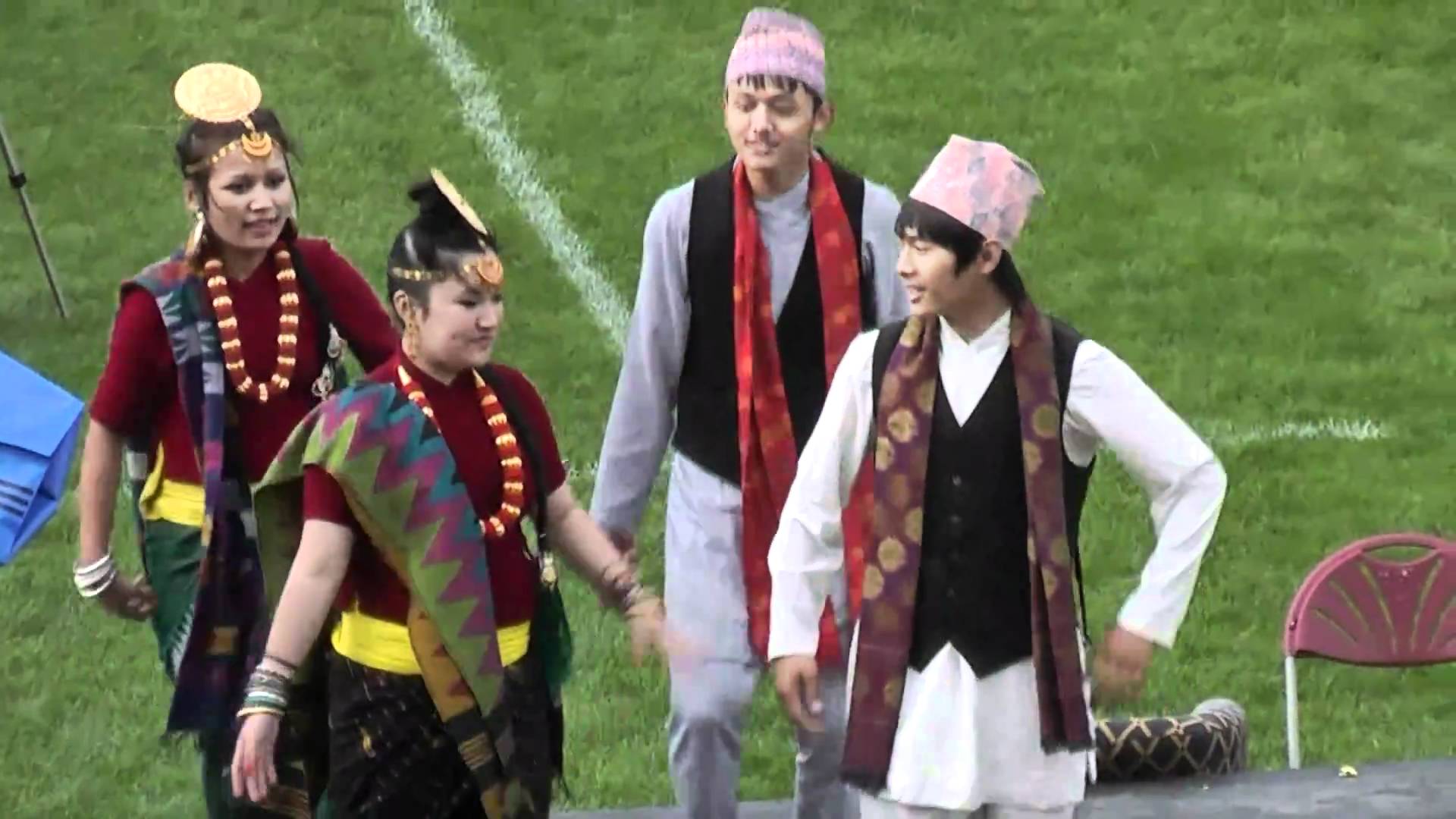 Nepal’s Thakuri community hails from Western Nepal. They are the descendants of India’s Rajputs. Rajput mean ‘ruler’ and so the kings gave themselves this title. But originally, Nepal’s Thakuris are descendants of the smaller Baise (22) and Chaubise (24) kingdoms. Their traditional Thakuri language remains unknown, but they speak an older version of Nepali language and the dialect used in the Gandaki region. 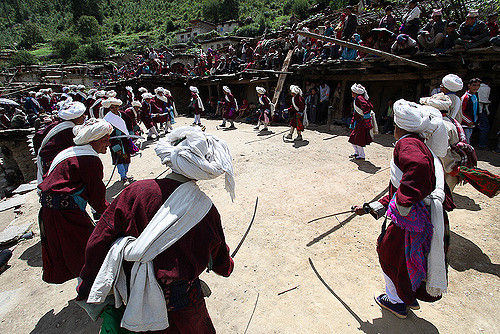 The name itself will reveal to you about this wonderful ethnic group. Sherpa people hail from the mountainous and hilly region in the country. Sherpa is also one of the major ethnic groups of Nepal. The term Sherpa means East people (Tibet), which is where the community originated from. Although most Sherpas live in the eastern regions of Nepal, some live in the farther West in the Rolwaling Valley and in Kathmandu’s Helambu region. The Sherpa language is a mix of Eastern Tibet and Central Tibetian dialects. They first settled in Nepal’s Solukhumbu district. Sherpas are regarded as the elite mountaineers. 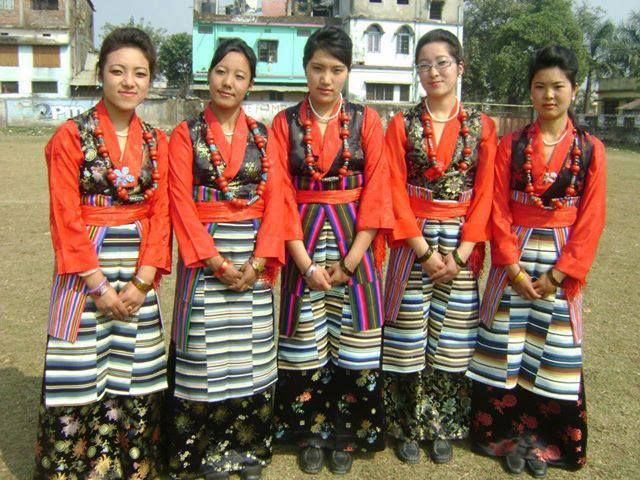 Like Sherpas, Chepang also have their roots in Tibeto-Bhutan region. They inhabit the Mahabaharat mountain range of central Nepal. Over the last two generations, they moved from a semi-nomadic lifestyle to a more established way of living. They depend on the production of permanent maize, millet and banana fields for a livelihood. Due to the inreliable topography of the country, the Chepangs have made forests as their source of food. Chepangs are often termed as the poorest the of poor in Nepal and also suffer malnutrition. Chepang men and women believe in the concept of equality. 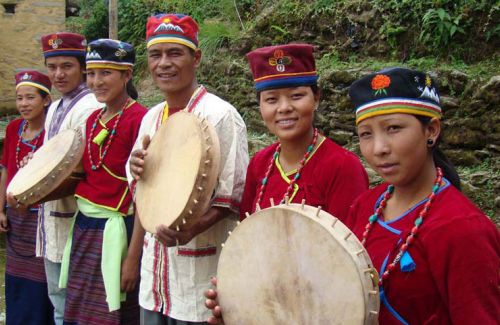 The indigenous Khambu or Rai hail from the Indian State of Sikkim and the Darjeeling Hills. Rai means ‘King’. When King Prithvi Narayan Shah realized that the Khumbu King couldn’t be defeated, he took him into confidence, let him own his land and gave him the title Rai around B.S 1832. Originally Kambhu Kirant people, the Rais used to live in Majh Kirant. The Rais were given top positions as leaders of the region and that’s why they are called Jimee or Jimee-wal. 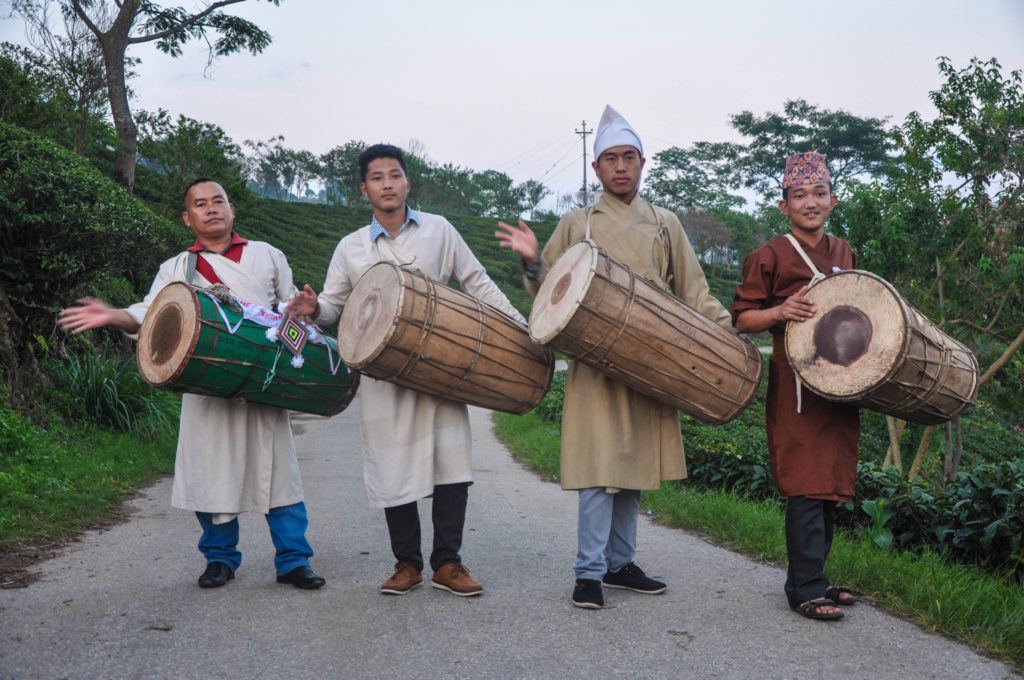 Dhimals hail from Nepal’s Morang & Jhapa districts and West Bengal’s Darjeeling district. They are the topmost in the Kachari lineage and are revered as the ‘First Citizen’ of Damak municipality. Dhimals credit their ancestral roots to the Kirati dynasty. They consider the hilly Limbu and Koch people as their kin & kith and share similar features and characteristics. 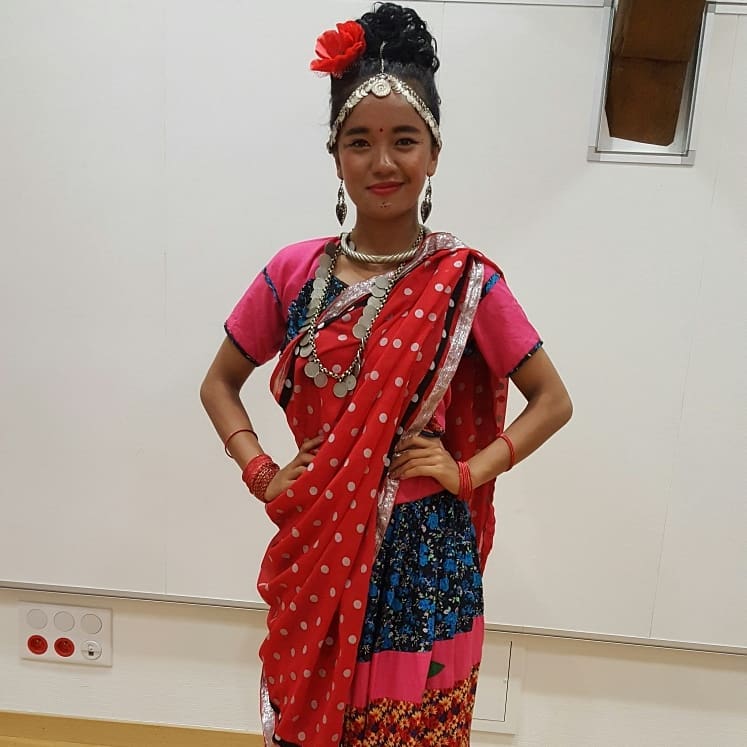 Bahun or Khas Brahmin is a Khas ethnic mountain people. Bahun is a colloquial term for hill Brahmins. They are the second most populous ethnic group in Nepal after Chhetri. As per the 1854 Muluki Ain, the Bahuns were considered as the most sacred persons among thread bearers and twice-born Hindus. Bahuns and Chetris considered as upper class were closely associated to the Gorkha Kingdom. They were divided into two clans on the basis of residency— Purbiya Bahun, living east of Mahakali river and Kumain Bahun to the west of the same river. 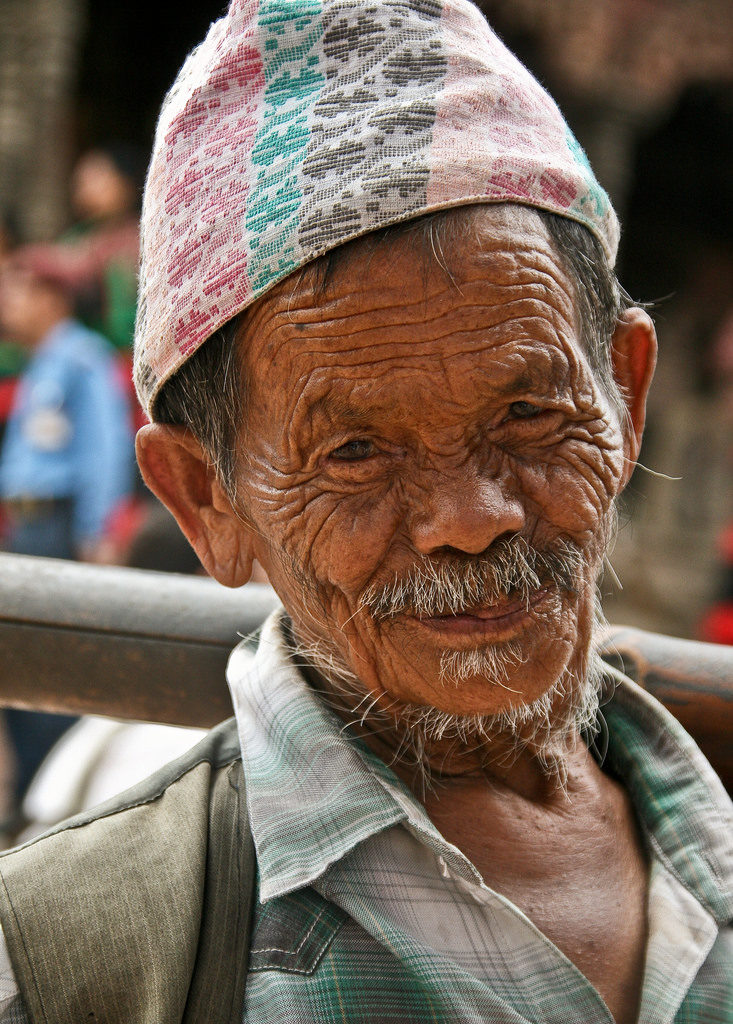 Chhetri or Kshettriya are Nepali speakers of the Khas community. Chhetri represented a caste of administrators, military and governors in the medieval Khas & Gorkha kingdoms. A majority of Nepali Prime Ministers before democratization came from this caste as a product of Gorkhali lineage. Chhetris speak the Indo-Aryan Nepali. The Chhetri community has remained in most prestigious positions in the Nepali society, the Shah dynasty, Rana Prime Ministers and continue to be enrolled in prestigious positions till date. 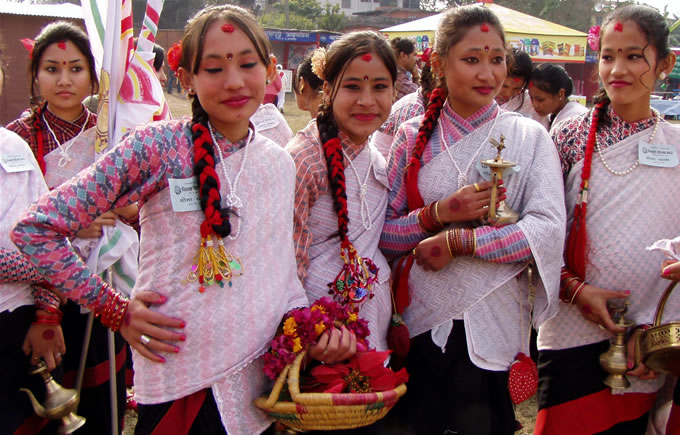 Magars hail from the region between Western & Southern edges of Himalayas Dhaulagiri range and Mahabharat foothills in the South & Kali Gandaki river basin in the East. The Magars ruled while annexing their own kingdoms in ancient Nepal similar to the Khas’s Baise and Chaubaise kingdoms. Their kingdoms are known as Bara (12) Magarnath located East of the Gandaki river and Athara (18) Magarnath located on the Gandaki’s west. Most of the Magars speak their native language, the Magar language. The religious beliefs of the Magars include Animism, Ancestor worship, Hinduism and Shamanism. 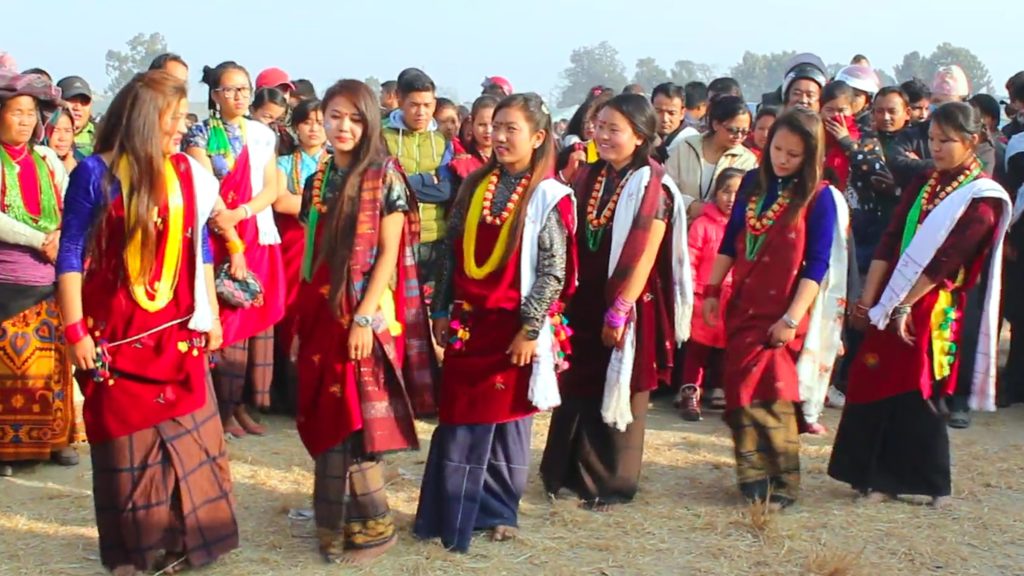