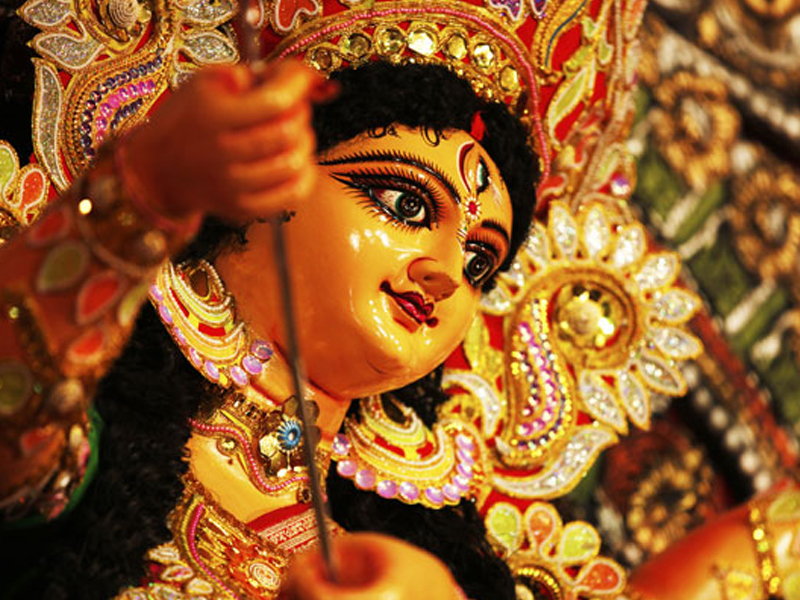 Nepal is observing Maha Navami – the ninth day of the ongoing Dashain 2019 festival, today. It is an important part of the 10-day festival.

Nepalis are observing the festival by worshipping Goddess Durga Bhawani at various temples of Devi Bhagwati, Mahakali, Mahalaxmi and Mahasaraswoti including Bajrayogini, Bhadrakali, Bhagawati, Bijeshwari, Chamundamai, Dakshinkali, Indrayani and Kalikastan among others in Kathmandu.

Likewise, temples in Kathmandu Valley such as Chhinamasta in Saptari, Gahawamai in Birgunj, Gorkhali and Manakamna in Gorkha and Pathivara in Taplejung among others.

People worship Goddess Durga Bhawani and offer jamara to the deity. Devotees also chant the Devi Strota and Durga Saptasati during their visit to the temple.

On the occasion, the Taleju temple at Hanumankonda in Kathmandu has also been opened to devotees.

Several animals such as buffaloes, cocks, ducks and goats are sacrificed to Goddess Durga in remembrance of her victory over the demon Raktabij on the same day.

The Newar community is also worshipping Hindu deity Bhimsen on this day. 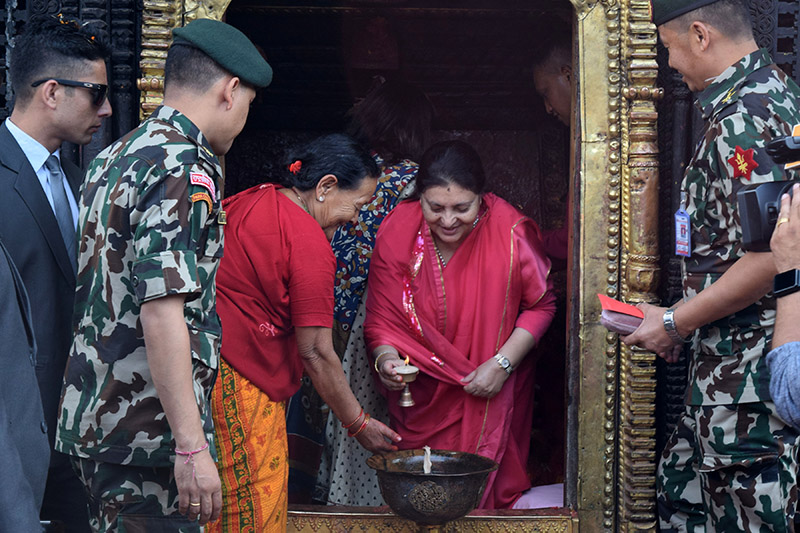 President Bhandari payed homage to Goddess Bhagwati in various goddess temples across Kathmandu Valley on the eight day of the Dashain festival.

This includes Bhadrakali, Bijeshwari, Guheshwari, Kalikasthan and Maitidevi among others. As part of her visit, the President also visited the Palanchowk Bhagwati in Kavrepalanchowk where she inquired about its reconstruction progress from the people’s representatives. 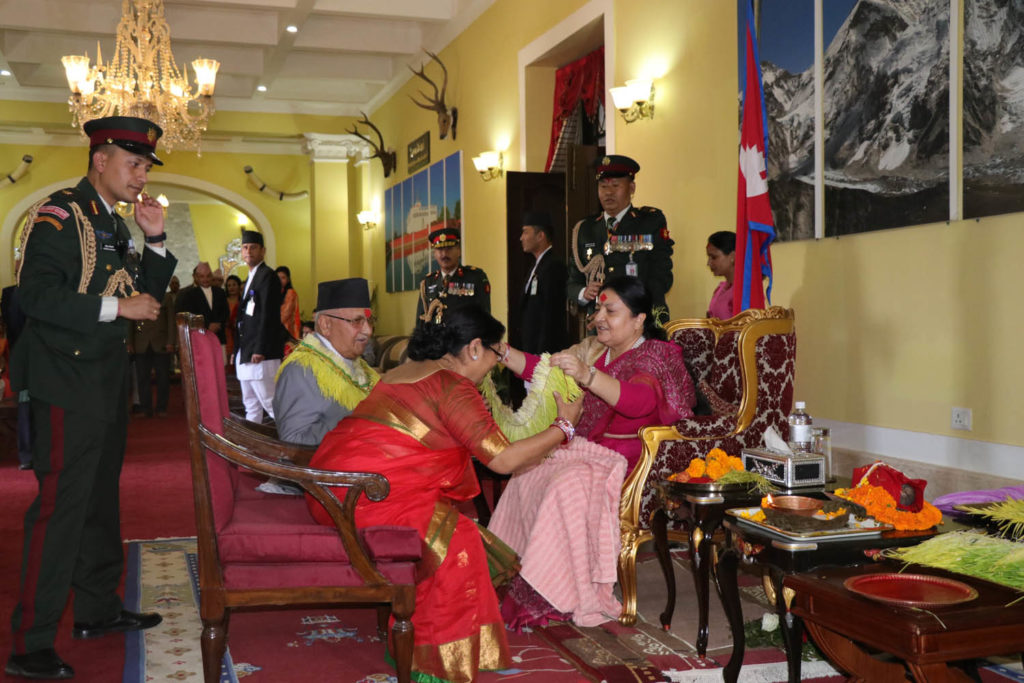 PM KP Sharma Oli will be offering Dashain Tika to distinguished personalities, lawmakers, ministers and party leaders among others on the tenth day of Dashain.

According to the PM’s Advisor Dr. Kundan Aryal, the Prime Minister will offer Dashain Tika to the aforementioned between 2 – 4 PM.

Likewise, the Prime Minister will be offering tike to party cadres, supporters, well-wishers and those who wish to receive tika from the PM between 4 – 7 PM.