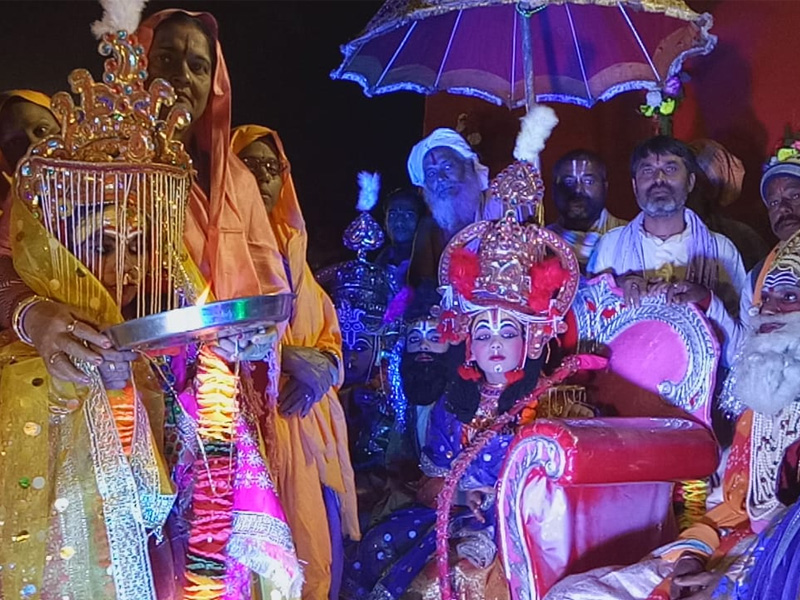 “The ancient cultural festival, Bibaha Panchami, has helped strengthen our fraternity, good will and tolerance. It has strengthened our national unity,” reads Bhandari’s message.

The Nepal President noted King Janak’s and Mithila’s eminence which has been well-appreciated for a long time.

She added that the celebrations of Bibaha Panchami on such a glorious site has its own historical value and will always make Nepalis look dignified.

Bhandari also expressed her confidence that the festival will be instrumental in strengthening mutual harmony, tolerance and unity among Nepalis.

Finally, Nepal’s most loved festival Bibaha (Vivaha) Panchami is here and the preparations are going on in full swing.

Devotees have started arriving in Nepal to witness the grand celebration.

Bibaha Panchami falls on Shukla Paksha’s fifth day in Margasirsha month as per the lunar calendar.

According to Mithila culture, various rituals are performed such as Tilakotsav, Matkor, Swoyambar and Bibaha as part of the 7-day celebration.

Lavishly decorated statues of Lord Ram and Sita are carried on specially decorated carriages and brought from Ram and Janaki temples, respectively to Bahrabigha Ground.

On the Bibaha Day, devotees take a holy bath, offer worship and make resolutions. The worship is accompanied by singing hymns, staging a play on the lives of Ram & Sita, elaborate celebrations and listening to religious discourse.

The festival also highlights India and Nepal’s historical social and cultural bonding which has been preserved for many centuries.

However, due to the Indian PM’s hectic schedule, Uttar Pradesh Chief Minister Yogi Adityanath will take up his responsibility and lead a procession to Janakpur in view of ‘Bibaha Panchami’, the wedding day of Lord Ram and Goddess Sita.

However, the Uttar Pradesh CM’s visit comes at a time when Nepal’s ruling party is already facing heat over religious issues such as co-hosting the Unification Church-organized Asia Pacific Summit 2018.

Later on, Nepali Congress Vice Chairman and former Nepal Deputy PM Bimalendra Nidhi who opposed the visit not only took back his statement but also urged his associates to make the CM’s visit a success.

Even members of the Nepal ruling party expressed their discontent.

“We had initially wanted to put out our view point before Adityanath so that he doesn’t not do anything to undermine the secular credentials of the Nepali constitution, but we feel betrayed by our own government since the entire cabinet, led by the Prime Minister, was working for the church sponsored event,” said a senior parliamentarian of the Nepal Communist Party.

Besides being a part of the celebrations, Adityanath will inaugurate the Janakpur-Jayanagar-Kurtha railway line, one of the four proposed Nepal-Indo railway links. 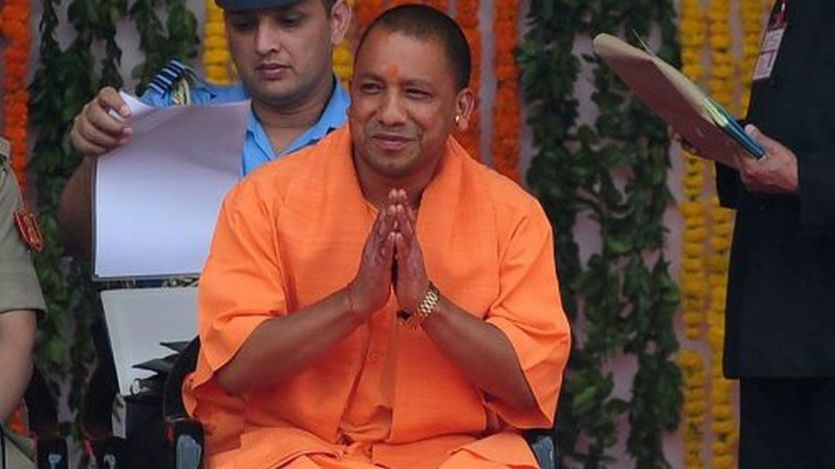 According to Government officials working on the preparations, Adityanath will flown into Janakpur from Indian city Lucknow at 10 AM and will remain in the historical city for 6 hours.

Post his arrival, the Minister will head for worship at the Janaki Temple.

After Adityanath’s temple visit, Province 2 Chief Minister Lal Bahadur Raut will treat the Uttar Pradesh CM and his associates with a ‘Bhandara’ – a lunch reception at the Madhesh Bhawan.

Adityanath and his delegation of ministers will join the wedding procession in the ‘Swayamvar’ ceremony at Barbigha grounds near the Janaki temple, after which the Chief Minister will address Hindu devotees.

The Janakpur Metropolitan City and the provincial government are organizing a felicitation ceremony for Chief Minister Adityanath.

Security Arrangements
The city of Janakpur is strengthening its security arrangements for the high profile celebration. Security agencies have been roped in on high alert.

Armed Police Force, Nepal Police and Nepal Investigation Department have been engaged for security. The Nepal Army is also kept on standby.

3,000 security personnel from Nepal Police and APF will be deployed in. “We have also asked other districts to lend a hand,” said DIG Pal. Around 2,000 personnel from Provinces 1 and 3 will join the force.

Sniffer dogs and drones will also be included as part of security measures.

“Thousands of people converge in Janakpur during Bibaha Panchami. Managing the crowd will be a major challenge,” added a senior official of a security agency.

Thousands of Devotees
A wedding procession from Ayodhya arrived in Janakpur on December 11, 2018 for the week-long celebrations.

Devotees are being accommodated at makeshift arrangements in the premises of Ram Mandir temple, Dhanush Sagar Barsati, Janaki Mandir, the railway station and Barbigha Rangabhoomi ground.

The annual festival is marked by re-enacting the marriage ceremony of Lord Ram and Goddess Sita. 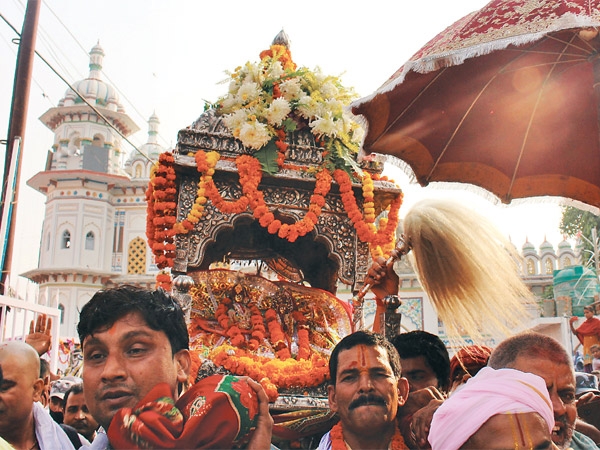 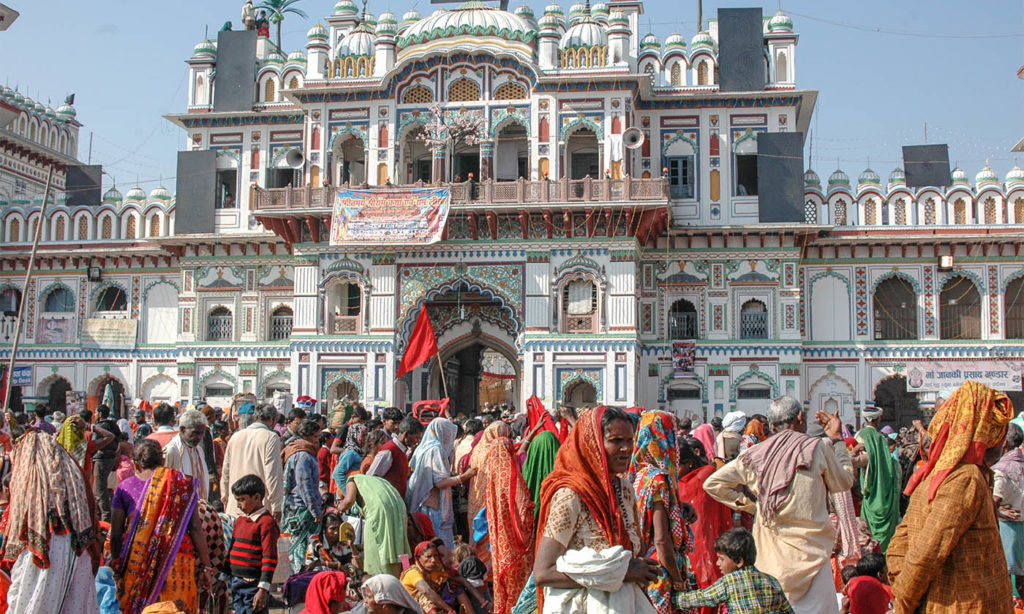 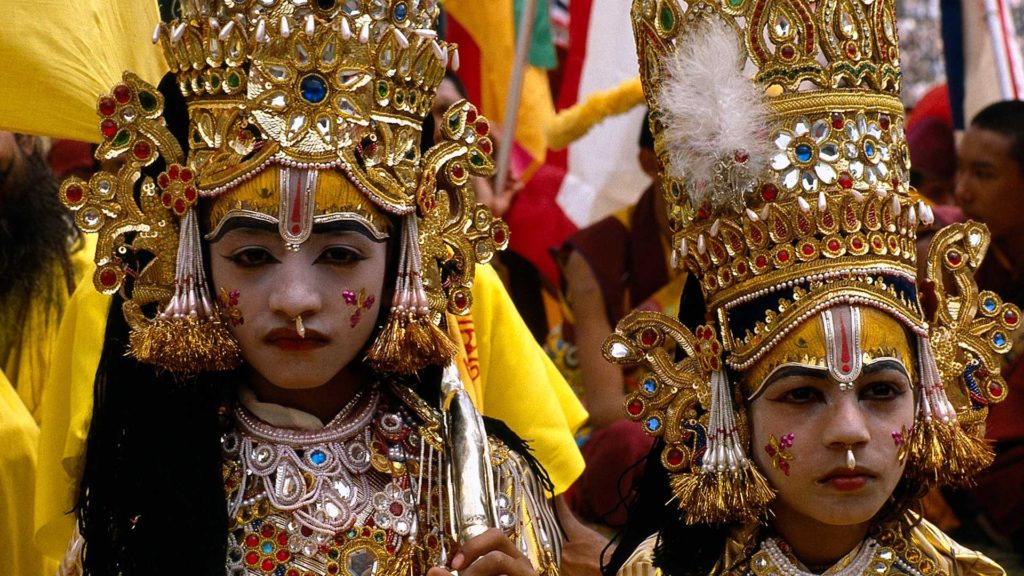