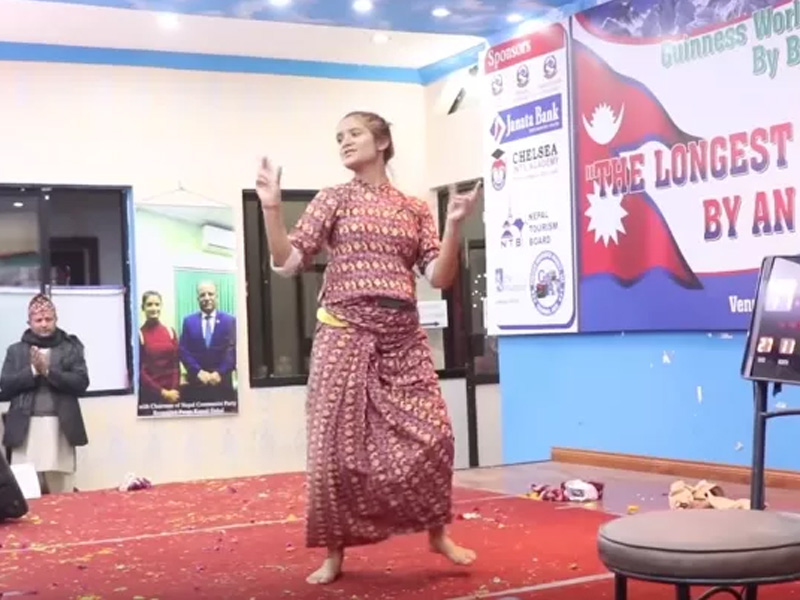 Nepal has bagged another milestone achievement in the Guinness World Records!

Do you remember the 18-year-old Bandana Nepal, the resident of Dhankuta District, who made it to top Nepal news headlines by dancing for 126 hours (5 days)?

Yes, here is a new update on her! Bandana has officially received the confirmation for her Guinness World Records submission on May 03, 2019.

Recognizing Bandana’s rare feat and contribution to the nation, Nepal Prime Minister PM Oli honored her at a function held at his official residence on May 04, 2019. 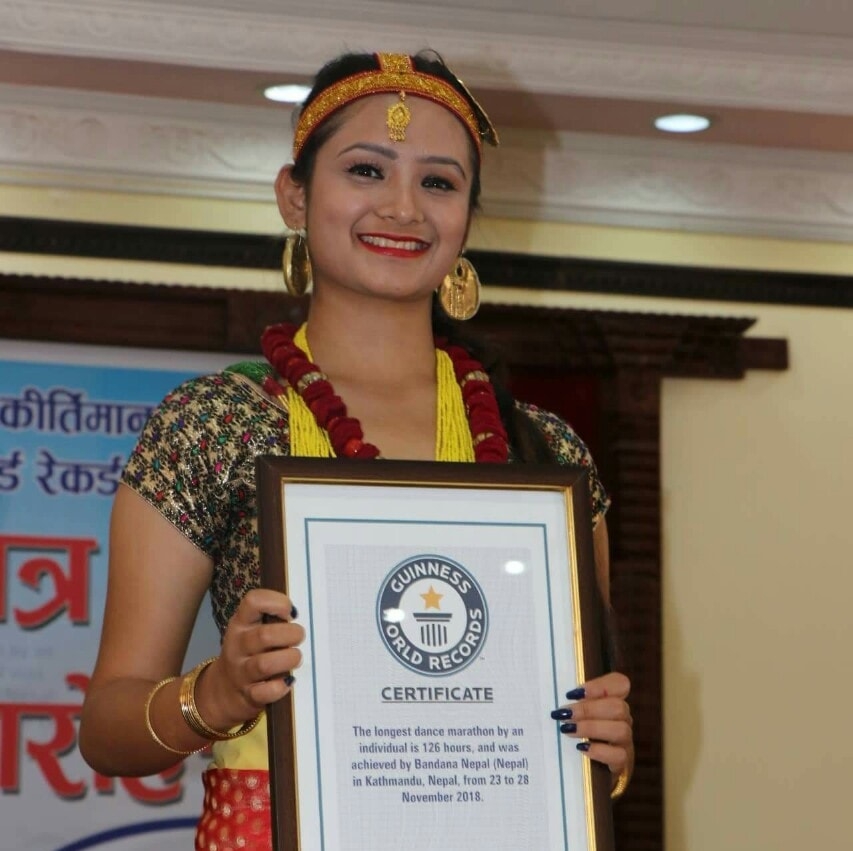 The 18-year-old rose to fame by dancing continuously for 5 days from November 23-28, 2018, thus beating the then existing record of Kerala dancer Kalamandalam Hemalatha.

Bandana took this as a serious mission to prove her talent and also take ahead the popularity of Nepali music and culture.

Now, Bandana holds the Guinness World Record for ‘Longest Dancing Marathon by an Individual’, beating the previous record of Hemalatha who danced non-stop for 123 hours and 15 minutes in 2011.

Finally, the great day has come for Bandana in the form of the Guinness World Record 2019 event held in March 2019.

The event was held on a grand scale with an amazing stage performance of around 7,195 dancers together, at Natyanjali function in Tamil Nadu.

The event also witnessed a huge gathering of students and traditional dancers from Tamil Nadu, Kerala, Karnataka and elsewhere.

Inaugurated by Danseuse Padma Subramanian, the event also had Guinness Organisation members Rishi Nath from England, among others.