US Mulls Revision of Duty-Free Access to Nepali Goods 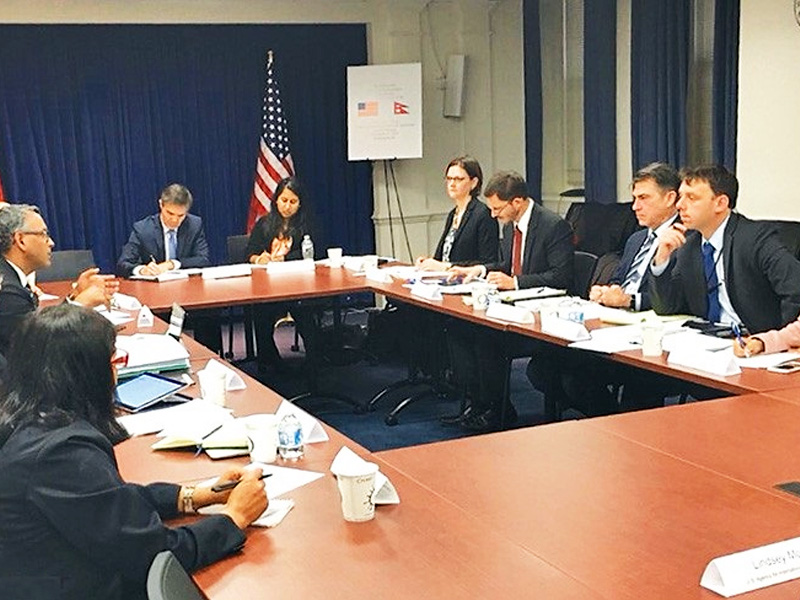 In a move enhancing trade relations with Nepal, the US Government said it would revise the list of Nepali products eligible for US duty free access under the Trade Preferences Act (TPA).

While there are 77 such products in the list, the US Department granted access to the Nepali readymade garments.

US officials confirmed this at the fourth meeting of the Nepal-US Trade and Investment Framework Agreement (TIFA) Council held in US on November 13, 2018, said the Nepali Ministry of Industry, Commerce and Supplies.

“The participants of the meeting expressed their commitment that they would forward the proposal to the US Congress soon,” said the Ministry’s Secretary Chandra Kumar Ghimire.

As part of TPA in 2015, US had provided duty free access to around 77 Nepali products that hold high potential in trade with US. These include carpets and pashmina, headgear, scarves, travel goods and shawls. US kept the offer open until 2025.

Now, Nepali side pushed for inclusion of Nepali garments to the list owing to the products’ high competitive advantage.

“We highlighted to the US officials that Nepal has not been able to benefit from the trading of some items facilitated under TPA and to consider the inclusion of other goods which have larger export potential,” informed Ghimire.

He further added that they have also sought the US Government support with regard to exports until the time Nepal comes out of its political transition phase.

US Government has also expressed its willingness to offer technical support to Nepal to promote the production of goods under TPA list.

According to the Ministry officials, US has considered Nepal (among other South Asian countries) as its high priority with regard to promoting bilateral trade and investment.

Ghimire also informed that US officials were concerned about investment climate in Nepal.

“Implementation of existing provision in labor act, improvement in the law related to intellectual property right including copyright and facilitation of e-commerce are also major areas of interest of the US before they inject their investment in Nepal,” Ghimire adds.

Nepal signed TIFA with US on April 16, 2011 and the two countries agreed to hold the TIFA council every year under the provision and the last meeting was held in Kathmandu on April 20, 2017.