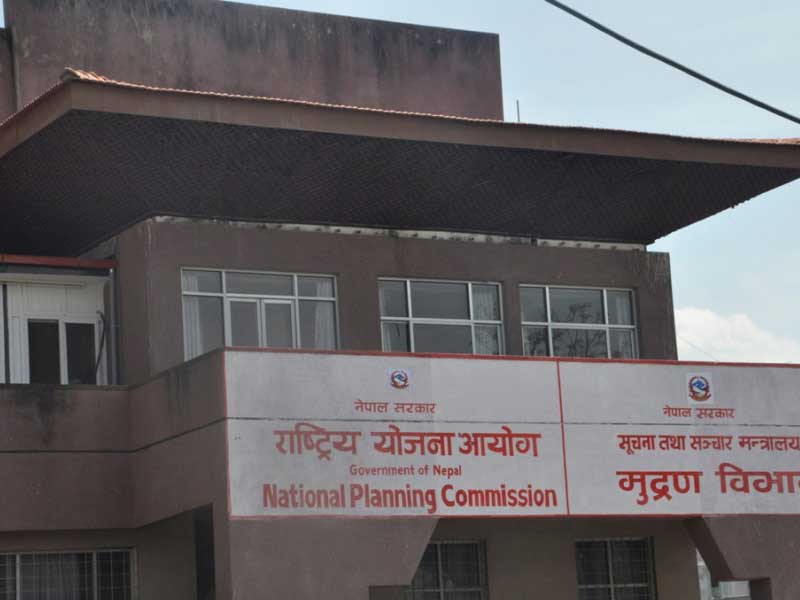 The projected amount is part of the approach paper of the five-year periodic plan that the National Development Council (NDC) has approved in its two-day meeting on April 05, 2019.

Under the approved plan, the country will spend the said amount over the next five years period to achieve growth targets.

Nepal’s five-year period plan begins with FY 2019-2020 and lasts till FY 2023-24 with a targeted 9.6 percent annual average growth rate. According to NPC, private sector is expected to bear half of the total planned investment.

The private sector is expected to invest nearly 55.5 percent or NPR 5,135.41 billion, while the government will cover 39.1 percent or NPR 3,613.32 billion investment, followed by the cooperative sector (5.4 percent), NPC added.

A Snapshot of Projected Investment for Nepal’s Five-Year Periodic Plan:

According to NPC’s Secretary Laxman Aryal, the plan aims to minimize the portion of public sector investment gradually and give more scope for private sector participation in the country’s development process.

“During this period, the government has a role to create a foundation for development by making investments in the infrastructure. However, the public sector investments will gradually go down in the next periodic plan to provide more space for the private sector,” Aryal adds.

Under the five-year plan, the government also aims at making the nation a developed one from the least developed status.

However, mobilization of resources for the planned activities remains a concern, said the Finance Minister Yuba Raj Khatiwada at the closing ceremony of NDC.

In this regard, the Finance Minister pitched on the need for increase of gross domestic savings to mobilize internal funds to fill financial resource gaps.

Khatiwada also raised the Federal Government’s financial liability as a challenge in financial resource mobilization, while highlighting the government’s current annual liability of NPR 600 billion as a combination of pension costs and national pride projects, among other key expenditures.